Kasia has been working as a developer at P8 since October 2020. She applied for a Junior C# Developer position but had an… interesting background. Kasia started her career in banking but made the switch to IT.

When we interviewed her we saw a lot of potential. Despite hardly studying programming at university she had a solid knowledge base and a great understanding of the concepts. Plus, she was incredibly motivated and willing to learn.

Nowadays, she’s a web-app developer, working on some of our flagship projects. We caught up with her to chat about what it was like making the switch from banking to software.

Where to start… Can you tell us what were you doing before coming to P8?

Before P8, I worked for a big corporation in banking.

What influenced the desire to change industries?

I saw a lack of prospects and opportunities for development. I had lost interest and had a lack of satisfaction with what I was doing. There wasn't really anything interesting challenging me. It felt like new ideas- or at least my ideas- were not welcome and I had no power over my work schedule. I'm an introverted person too, so I didn’t enjoy working directly with clients on a day-to-day basis.

So why did you decide to go into IT?

During my applied mathematics studies, I used programming, but at the time I wasn’t too interested. When I had to do some VBA work in my previous company, I started to get back into it. The industry itself seemed to be developing and stable, plus my partner also works in IT and was a bit of an inspiration for me.

What did you do to make it happen?

I found some great organizations for women in IT like Girls 4 Girls and Django Girls. They hosted some events and workshops strictly for women and the community support helped me along. In addition, I took lots of online courses- I chose to go with Udemy for that.

At home, with the support of my partner, I was building my own projects - like an App that searched online stores looking for leggings (for fitness training) - so that I could learn how to use the tools and apply the theory.

Has anyone helped you?

Of course, my partner was an incredible support for me. He devoted a lot of time to helping me learn and introduce me to new concepts. There were weeks that we finished work every day and sat down to study together. I also found a mentor in IT women's camps who supported me through my career change.

What are you doing now?

I code! I’m a web-app developer at the moment, I’m programming in JS and Typescript mainly. I am already part of a real project team. It's still hard for me to believe that I have succeeded. I’m really happy to be where I am, but I’m totally aware that I still have a lot to learn.

How was the road to this career point? Is it true that you interviewed for a C# programmer role having only been learning the language for two weeks?

Yes, it's true, it was a bit of an act of desperation (laugh) When I was ready to send CVs, it took me some time to get the courage to take the first step- I still felt unsure about my skill level. It took me a long time to break through and apply anywhere to programming positions. When I started applying, it was mainly to junior python positions. My partner showed me the C# Dev. position at P8, he told me to apply, that I could handle it - and he was right! P8 saw exactly what I wanted to show during the interview, that I had no experience yet, but had the motivation to constantly learn and improve and the potential for growth.

What was/is the greatest difficulty on the programmer's path?

There were so many difficulties. There was a mental block when I was practicing something in a course and another task came, I wouldn’t know how to start it. Plus, my perfectionism was getting in my way. I wanted to be able to do everything at once and I was demotivated by my mistakes. There was so much theoretical knowledge and I tried to take it all in at once and I got lost in it. It was hard for me to prioritize things, I didn’t know what was important and took time, and how not to dwell on the less important and dive too far into the details. I was tired- my entire learning process ran simultaneously with my full-time job.

Overcoming all of this came down to mentorship- my partner and my mentor from the IT women's association helped me to systematize and direct my activities.

Are you satisfied now?

More than satisfied :). Although some might think - “wow, you're a programmer, you have an easy life." It came with a lot of work and sacrifices. Instead of relaxing after work I was studying and taking courses.

Even still, I know that I’m entering an industry that requires constant learning. When you stop learning in IT you start to backslide.

Going through the process of getting here, I started to get satisfaction from leaving my comfort zone. I love challenges, so I feel that this is a place for me, and at the same time, I know that it’s not for everyone.

Do you see growth prospects at P8?

Definitely yes, the fact that P8 is open to it, and gives me a chance to create my own career path inside the company is extremely motivating for me. At P8, I get a lot of freedom as well as help when I need it when I have a problem with something. I know I can always tell my colleagues if I don’t know something. My attitude has changed from “don’t ask questions, they’ll think you don’t know what you’re doing” to “ask questions because you can get help from the team and learn something.”

Karolina joined P8 in January 2020. Before that she worked as a Business Development Manager and Product Manager for several IT and financial service companies in the DACH region. She has also gained experience with Javascript and React. Karolina speaks multiple languages and likes to connect with people.

Subscribe to the P8 newsletter for the latest marketing trends

Typescript From a Scala Programmer's Perspective 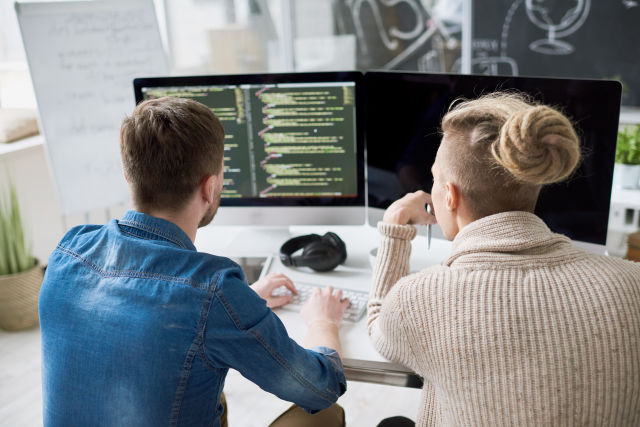 What Marketing Teams Can Learn from Agile IT Teams 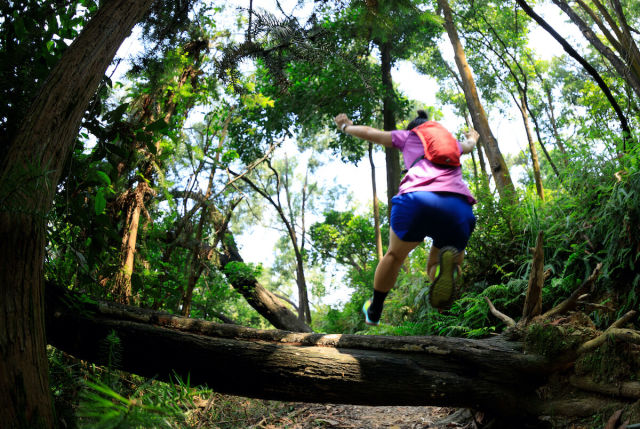 What Marketing Teams Can Learn from Agile IT Teams
Learn more

6 Theses For A Successful New Start! 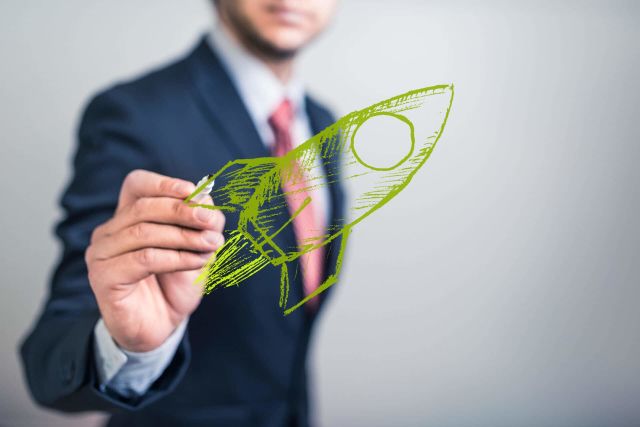